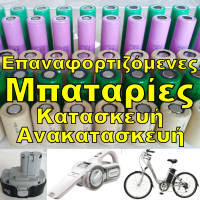 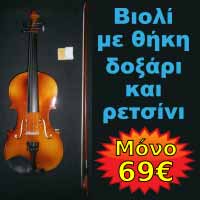 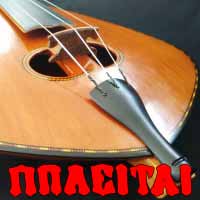 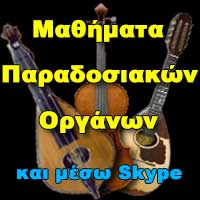 The robot is capable of playing songs by feeding it with the tempo, the notes and the duration of every note (written in a file).

In this video it plays 6 well known traditional songs from Crete, Greece.

Cretan Lyra is the most well known traditional instrument of Crete and every visitor of the island can easily see it being played in almost every local traditional festival.


Robot and Cretan Lyra built by:


This robot was for the first time publicly presented in the 7th luthier festival in "The Box" in Athens, Greece on the 3rd of June 2018, where Mr. Bourlakis presented also the instruments he has created by using some new technologies he has developed.

For more information on the Cretan Lyra please see here

This is a closed loop system, using DC motors with optical feedback, which allows very high speed movements and accuracy in positioning even if the natural movement of the axes is blocked. For example if we block the movement of the robot with our hand, after releasing it again it will know in which position it is and will continue playing the song normally.

The speed of the bow is measured and controlled dynamically during every movement in order to produce a smooth sound.